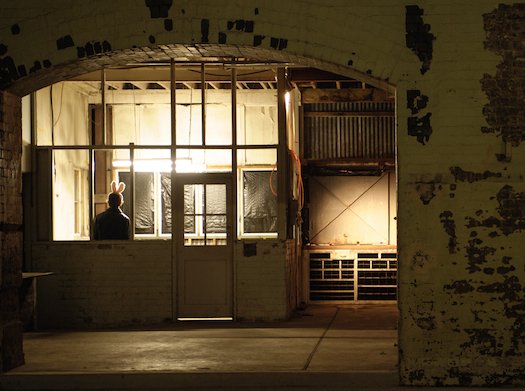 Spotlight Bunny is a celebration of place. It is a homage to the sometimes surreal moments encountered driving down the road accompanied by the car stereo. 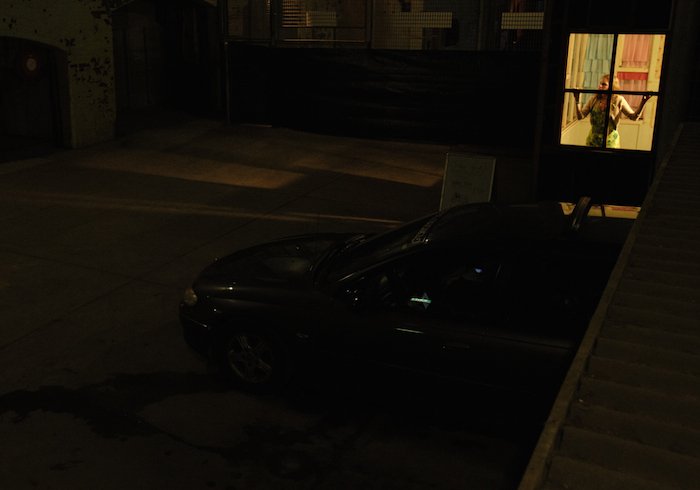 Developed during Underbelly Art’s 2011 program across 3 weeks on site at Cockatoo Island Sydney and in the studio. Performance elements were developed with Sydney group Friends with Deficits.

An intimate work that explores location, the influence of soundtrack and the slippery nature of context. Influenced by drive-in culture and the ipod generation, it blends the past with the present to create an intimate performance for four audience members within the confines of a stationary car. From the voyeuristic safety of the car, the audience witness events unfold, however, things start to blur and questions regarding inside and outside arise. Live performance and film fiction conventions merge to evoke a heightened drive in experience with a fleeting homage to B-grade horror

Performed eleven times on the festival day,  the 20 minute experience included a brief drive-in inspired interval and a surprise interruption and ending. 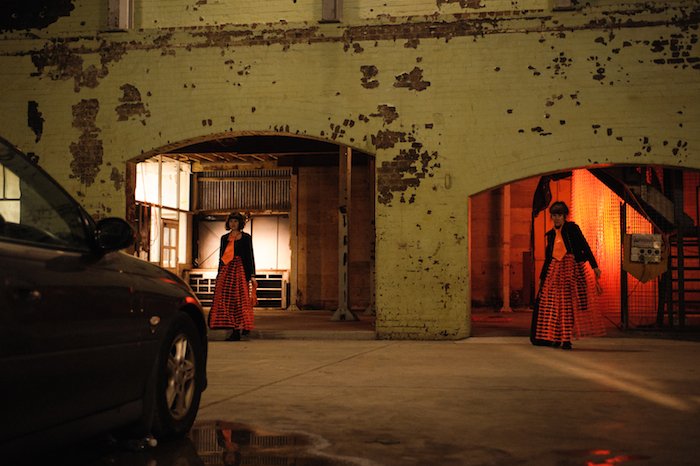 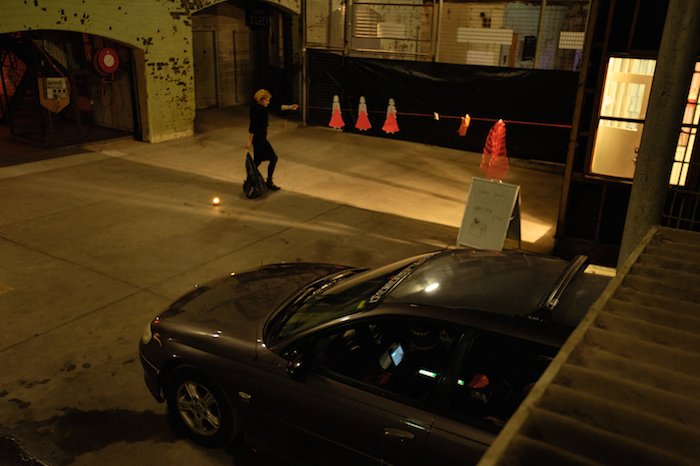 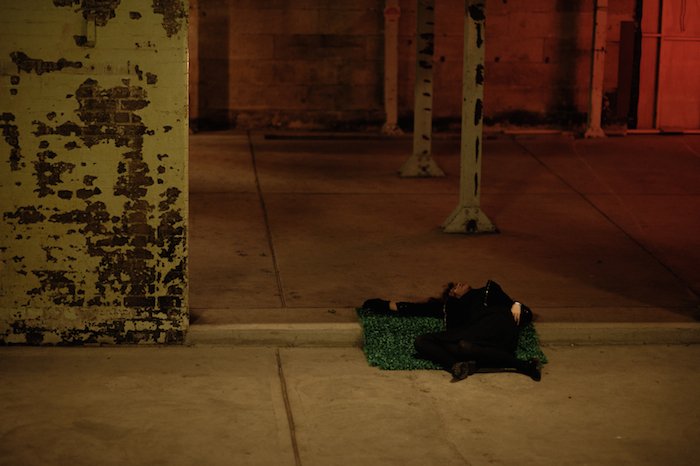 Some excerpts from the soundtrack are here.